This is the act that allows folks that have completed a short sale or loan modification to exclude the portion of their loan that was forgiven from their income taxes…and it is set to expire at the end of the year. Without it, any amount of mortgage debt that you have forgiven will be taxed at your regular rate. For many of my clients that could mean tax bills of $20,000 to $200,000!

The Act ensures that homeowners who received principal reductions or other forms of debt forgiveness on their primary residences do not have to pay taxes on the amount forgiven.

Without the Mortgage Forgiveness Debt Relief Act, debt reduced through mortgage modifications or short sales qualifies as income to the borrower and is taxable. Under the act, up to $2 million in debt elimination can be tax-free.

In the Treasurys Green Book, its summary explanation of the administrations budget proposal, it calls for an extension of the tax break due to the continued importance of facilitating home mortgage modifications.

The Obama Administration is proposing an extension that would apply to any amounts forgiven before January 1, 2015.

At that point, the government would reassess the market and determine whether another extension is appropriate.

At this time, I have not been able to confirm that the extension has been passed, so that means two things:

1. If you are considering doing a short sale or loan modification, do it now. Short sales can take some time and they must close before Dec.31, 2012 to get the benifits of the act.

2. Call your congress person and urge them to get on this ASAP!

ROARING FORK PROPERTY BUYER'S GUIDE
Download this free real estate buyer's guide eBook to make sure you get it right the first time and purchasing the right property that meets your goals. 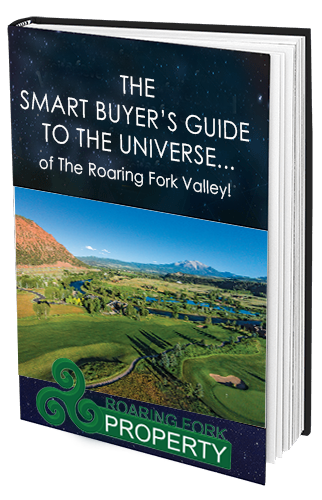 Powered by ConvertPlug™
CONNECT WITH A BROKER

Ready to sell your property?
You're in the right place. We can help.

Simply provide the info below, and we will prepare a personal Comparative Market Analysis of your property.

Make Sure You Get the Most for Your Property!
Your information will remain private and we will never spam you or sell your information.